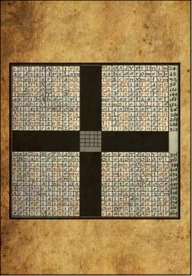 As you play THE GAME one of the most significant aspects of the story you’re about to learn is that John Dee believed that through fasting and prayer he was able to commune with angels who wished to act as a bridge between God and man. It was through these angelic communications that Dee hoped to heal the divides of religious strife and accomplish great benefits for England as a whole.

Dee served Her Majesty as a spy in Europe, under the direction of Sir Francis Walsingham, and while there was simultaneously engaged in the angel sessions. One of these sessions took place in Cracow, Poland, in 1584 and produced the now famous Enochian Tables. The angels warned Dee and his skryer, Edward Kelley, in advance that it would be a long and grueling séance and that they should prepare solemnly for it.

The activities started with a very prophetic event on Sunday, June 24th, (6 /24) in which an angel predicted: “I swear unto thee by the true and living God, that this shall come to passe.” Kelley demanded: “In the name of God, Who art thou?” and the angel replied, “Ego Sum AVE.” (I am AVE.) The session began just hours later, continuing across the cusp of June 24th/25th, 1584, until all 624 characters had been ‘faithfully’ recorded! 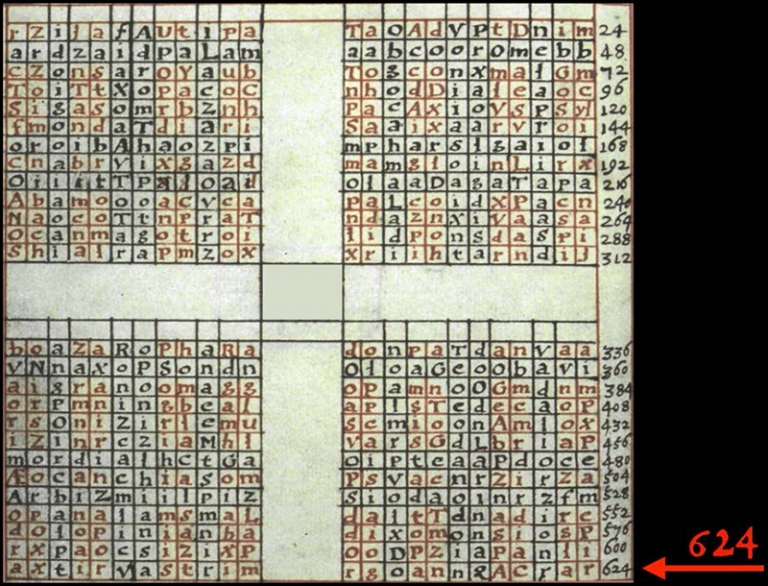 As you’re about to learn the number 624 is of enormous significance for it transforms the three touchstones (Gravestone, Monument and Sonnets Dedication – with their individual coded solutions) into a unified whole with an even deeper, combined solution.