The first book in Green’s HOLY TRINITY SOLUTION series was Dee-Coding Shakespeare, initially published in 2011. But soon thereafter an opportunity presented itself for him to covertly radar scan the altar stone at Shakespeare’s church in Stratford. The results were so explosive he decided to withdraw Book I from Amazon until he could finish Book II in the series (BardCode) and release them together for maximum effect. Little did he know that would take a further six years and move the story in a completely different direction.

Dee-Coding Shakespeare was finally re-released in 2016 to coincide with his first public announcements of ground-breaking mathematical discoveries within Shakespeare’s Sonnets which point us, tantalizingly, to the Great Pyramid of Giza. Those findings are documented in Books II and III in the series, BardCode, and The Shakespeare Equation.

In 2020, given the sudden circumstances of world upheaval, Green has made the decision that the best way to impart this important information to the public, as quickly as possible, is to give away FREE DIGITAL DOWNLOADS* of his books as prizes:

TO ANYONE WHO PLAYS THE BETA VERSION* OF THE FORTHCOMING APP 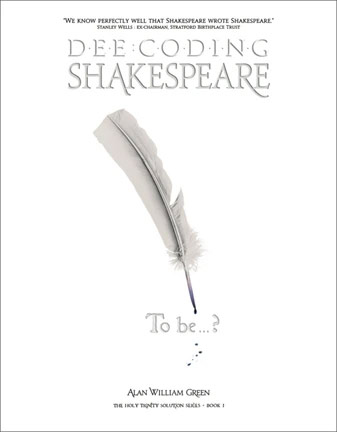 The Holy Trinity Solution:
Book I

Six years of intense research went into producing this ground-breaking work. Readers are taken on a fascinating journey in which they’re guided to solve the codes that explain a hitherto completely unknown side of the greatest literary mystery ever. In a revelation of detective work, the author thoroughly documents the supporting role of Dr. John Dee, alchemist, mathematician, and leading cryptographer in the Elizabethan court.

The radar data secretly acquired by Green has so far proven the codes to be 100% accurate by identifying an enormous cavity in the altar stone close to Shakespeare’s grave. In Book I Green calls for the holy relic to be opened in order to prove a tantalizing coded message purportedly left by the Bard himself. If true, it will be hailed as the Holy Grail of Literature!

BOOK I is available for purchase from Amazon here…

TO ALL PLAYERS OF THE BETA TEST VERSION OF 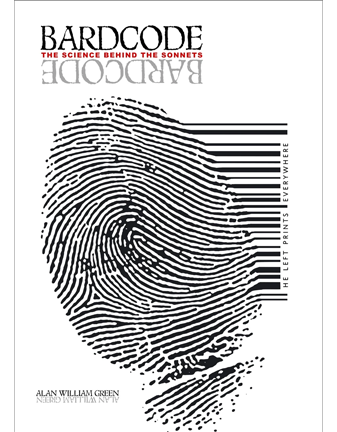 This second book in this breakthrough series presents an astonishing sacred geometry code embedded in the title page of Shakespeare’s Sonnets. The perfection of the hidden pattern reveals twelve of the most significant mathematical constants, all to at least three decimal places of accuracy! But Shakespeare (and Dee) don’t stop there. They give us one more scientific conundrum to ponder. They’ve embedded the precise geographic coordinates of the Great Pyramid of Giza!

The significance of these discoveries is that unlike all past claims of codes in the Bard’s works (and there have been many) these do not stand or fall subject to personal interpretation. Even though the codes in Book I were enormously compelling, Green knew he still needed to get the scientific confirmation of the radar scan before a doubting public would be convinced. But the coding in Book II is mathematically indisputable and simply cannot be ignored. Given these new revelations, combined with the scan and the public’s demand to open the Altar, Stratford will be compelled to respond.

BOOK II is being temporarily held back from publication so as to incentivize more people to play THE GAME.

select chapters will be given away as digital 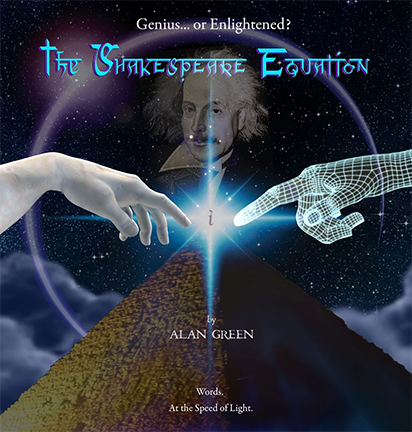 Now the journey takes an even more dramatic turn. We find that Shakespeare has been pointing us towards the Great Pyramid not only in the mathematical precision of Book II but in certain subtly veiled segments of his plays and sonnets. Poetry alone however could never conclusively prove his intent; it’s too subjective. So he used sacred geometry and pure mathematics to silence the inevitable naysayers.

Don’t worry… you don’t need to understand math to appreciate the elegance of his masterpiece. The author guides us step by step to the exquisite realization that the Bard has created a miniature blueprint of the ancient wisdom embedded in the pyramid — revelations of a mathematical perfection that science could benefit from today. It’s quite simply the most beautiful hidden work of genius imaginable. The greatest story Shakespeare ever wrote… is yet to be told!

BOOK III is being temporarily held back from publication so as to incentivize more people to play THE GAME.

SELECT CHAPTERS WILL BE GIVEN AWAY AS DIGITAL